Over the years I have investigated many paranormal investigators and they’re not all of the same ilk. There are those who are genuinely interested in the prospect of life after death, but still maintain fierce skepticism in the face of the unexplained.

On the other side there are those that seem to wander mystified through a fog, bandying about terms like “evidence”, “credible”, “scientific”, and so on whenever equipment they’ve failed to train themselves on properly fails. They don’t meet any level of scientific rigor, and in the case of the televised species, they rarely put in any work beyond a single episode into investigating their so-called credible evidence. The Othersiders definitely fall into this group.

The very first episode of the Othersiders saw an investigation of the Lincoln Heights Jail. The shows token skeptic, Riley, stated that the real piece of “credible evidence” was a video clip showing it was haunted because they captured this outline of a person: 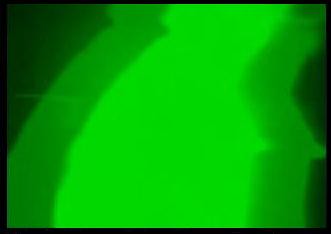 “Just to prove a point, let’s turn off the lights and get out an infrared camera to make sure it couldn’t have been one of us” to paraphrase the Zach, the techie. The idea being to see if an actual person could make the outline.

The team then determined that it couldn’t have been one of them (or one of the cameramen for that matter) because back at headquarters they turned on their infrared camera and had Riley walk in front of it repeatedly to see if they could replicate it. A fair effort which would perhaps have been more fruitful had they tried it at the original location. But no matter. I stayed relatively loyal to the show and kept watching up ’til the most recent episode where, while setting up a camera, the kids captured this: 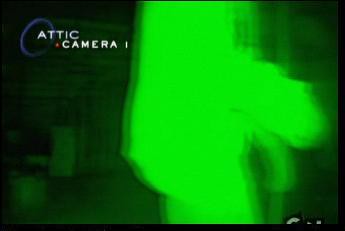 Well that looks almost exactly like the previous one. So why weren’t the kids making a big fuss over it being a ghost? Why won’t you find this in their Case Files? Because they knew that it was one of them standing in front of the infrared camera creating that image as they were setting up the camera. And gosh darnit, not once does it occur to a member of the team that, omg, that disproves our point that we made in the first episode because here we have an actual person standing in front of the camera making that outline.

Folks, this is lame. It’s the team of Othersiders who should be responsible for understanding how their equipment works, and they should be the responsible ones who re-evaluate their evidence when they see something like this which clearly debunks something that they used to make a judgment about the existence/non-existence of ghosts. They should have more rigor in the first place when they try having Riley walk in front of the camera by, I dunno… walking at different speeds, experimenting with different settings on the camera, going to the original location, different distances, etc.

These are the people who are handling the equipment and it’s a viewer like me, with nothing more than a screenshot feature on my laptop, no older, no more trained in how to use their cameras, who debunks it for them.

I think that that’s simply unfortunate, and Riley has been pretty much the only one to demonstrate many times that he is capable of rational thought, such as in the Mojave Boneyard episode (completely off-topic, but apparently Captain Christopher Pike from Star Trek was born in Mojave) where he said “if this can be explained as a camera flashing off a piece of metal then that’s much more likely than ghosts”.

But even I will admit right now that I’m not much more suited for being on the show because I’m not as educated in how photographic anomalies occur as I should be. Rational thinking (let’s search for a natural explanation before invoking ghosts) can only carry you so far without the knowledge you’ll need to figure out what the natural explanation is. But what I can say for myself is this: I appear to have much more will to meet scientific rigor sitting in bed with a connection to the Internet than the Othersiders do. What does that do for their “credibility” in general?