I grew up on Star Wars.

Now I could say that about any number of things: the music of Queen, a diet of coco pops and cheetos, a lack of fashion sense, an obsession with Spider-man, the awesomeness of science and so on. But there was always a special place in my heart for the baby that George Lucas (at least according to some fans) keeps dropping on its head.

So on this day, May 4th, I should probably admit to the world that, I, and probably quite a number of people who read this, was young enough when Episode I (The Phantom Menace) was released to actually like Jar Jar Binks.

Yes, I realise my mistake now but when I was a kid I liked a lot of annoying stuff. I liked that eastern-European rat-thing from Noah’s Island and although Jar Jar may not have exactly spoke eloquently, at least he didn’t say ‘hoisky-poisky’. 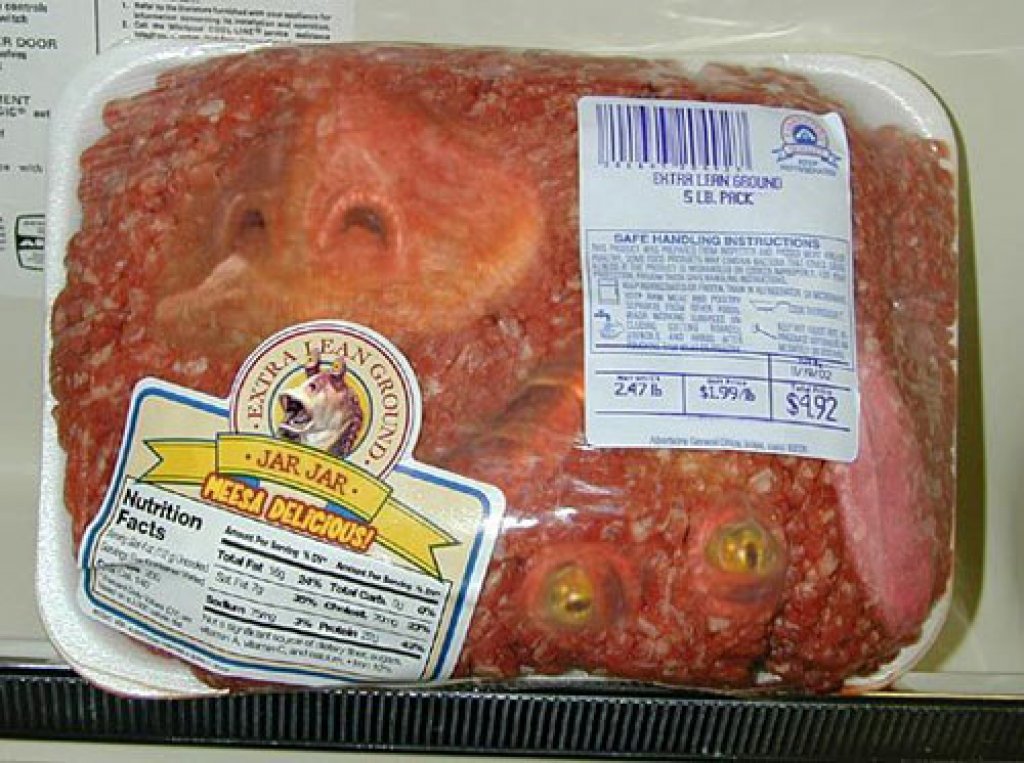 According to Wikipedia the phrase ‘may the fourth be with you’ was first used in an article in The London Evening News to congratulate Margaret ‘Iron Lady’ Thatcher on becoming the first female Prime Minister of Great Britain in 1979; and while that may indeed have been a historical moment, the politics of Star Wars are much preferable to hers and I don’t want to get lost in a metaphor where I compare the conservative party to Emperor Palpatine…

So I’ll get back to the science fiction.

I must have watched Return of The Jedi at least a hundred times. The VHS tapes that I watched the original trilogy on were, as you might expect, seeing a lot more action than the DVDs of the prequel trilogy, and although I loved them too, they lacked adult Boba Fett, Darth Vader portrayed by a good actor, and much of the adventure that made the original trilogy so entertaining.

I think to sum up my afterthoughts on the prequel trilogy as an idea are best described by (one of my favourite screenwriters) Damon Lindelof of LOST, Star Trek and Prometheus fame.

‘with all due respect to anyone who makes a prequel, but why would you ruin the greatest twist in the history of cinema, “Luke, I am your father”, by showing me three movies which basically spoil that surprise. You can do movies which take place before Star Wars, but I don’t need to see the story of the Skywalker clan. Show me something else which I can’t guess the possible outcome of. There is no suspense in inevitability.’

Amen Damon, you just wait until Namasté day when I can try and justify why I liked the LOST ending. Sorry fellow nerds, but I actually quite enjoyed it.

Anyway, after watching enough Star Wars to boost my midi-chlorian count to Skywalker-like proportions, I believe that a standard was set in science fiction. Say what you like about Stark Trek but in terms of the genre there really hasn’t been anything quite as spectacular before or since. Correct me if I’m wrong, I’d love to have some more awesomeness to absorb next time I have a few hours to spare, and also let me know whether The Clone Wars was any good. I gave that one a pass, and hope that I don’t lose any of my nerd points for that fact.

Let’s drop some science here. Dr. Michio Kaku has done the rounds over the years going over various science fiction ideas and discussing the physics of these assertions, his so called: ‘physics of the impossible’. Here’s the first part of a piece he did for the science channel on the physics of light-sabers, everyone’s favorite energy-weapon.

By themselves, light-sabers would basically be useless. We would need a huge power source to concentrate that much energy in a space as small as that of a sword, and dragging that around with you to the battlefield seems… impractical at best.

Perhaps if you had a couple of nuclear reactors strapped to your back you could power one for a little while, but really, who has the strength and the radiation resistance to volunteer for the human testing phase of these ideas?

A rather upsetting revelation about light-sabers was made by Neil deGrasse Tyson, I believe on his radio show/podcast Startalk, where the point was made that those buzzing swooshing noises made by light-sabers clashing are far from what would happen in reality, where the light-sabers, instead of struggling against the might of each-other, would just pass right through another saber and ruin essentially every fight scene in Star Wars.

Yeah, sorry about that George Lucas but physics says no.

Awesome Sauce Music Friday! The I'm in Vogue So You Can Bite Me Edition