…and why you shouldn’t need to be told.

Yes, don’t panic, it’s just towel day, the yearly celebration in which the world recognizes the genius of Douglas Adams and his hilarious series of books. Yes, that series of books.

The Hitchhiker’s Guide to The Galaxy is a landmark in both science fiction and comedy writing, not to mention just brilliantly written. May I suggest that if you haven’t yet that you read it now.

Okay, have you read it?

Two weeks after the anniversary of the author’s death, in respect for the awesomeness that spilled out of his fingertips like rainbow-grease, we appreciate not only his work, but also how generally amazing towels are.

Not only do towels get wet when they dry, but you can use it as a sweater, as a duvet, as a mattress, for (funnily enough) drying yourself, for a headscarf, as a gas mask and as a whip-like weapon when wet.

It’s understandable then, that Ford Prefect considers the towel to be one of the best, if not the most important technologies man has developed. And of course, were you to travel through great distances in space, spaceships and radiation shield always come secondary (and, I suppose, tertiary) to towels.

In the very real possibility of space travel, and the rather far fetched possibility of clearing the solar system with human passengers, Douglas Adams displayed one of the best running jokes in literary history by praising the scientific value of the towel over the infinite improbability drive, the total perspective vortex and other technological parodies.

It’s not surprising in a way that Douglas Adams took a somewhat contrarian approach to writing science fiction; after all, he made it pretty clear in his non-fiction work that he was, at least what we would call, a skeptic; although I can’t be sure whether he would have been a fan of that label himself. Take a look at ‘The Salmon of Doubt’ for a little more of that side of him.

And as well as his work in science-fiction, we can still attribute the most advanced postulation of the true nature of dark matter to the late author. Physicists, you have yet to come up with a better explanation for mass’ best friend than: the packaging from the boxes of all the equipment used to figure out what dark matter was… I’m paraphrasing because I couldn’t find the quote but I think you get the point. 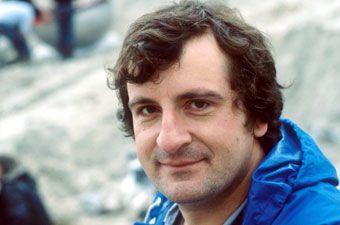 Now, if I may, I would like to finish up this little tribute with a quote taken straight out of ‘The Salmon of Doubt’ that I think skeptics will probably get a kick out of.

‘If you try and take a cat apart to see how it works, the first thing you have on your hands is a nonworking cat. Life is a level of complexity that almost lies outside our vision; it is so far beyond anything we have any means of understanding that we just think of it as a different class of object, a different class of matter; ‘life’, something that had a mysterious essence about it, was God given, and that’s the only explanation we had. The bombshell comes in 1859 when Darwin publishes On the Origin of Species. It takes a long time before we really get to grips with this and begin to understand it, because not only does it seem incredible and thoroughly demeaning to us, but it’s yet another shock to our system to discover that not only are we not the centre of the Universe and we’re not made by anything, but we started out as some kind of slime and got to where we are via being a monkey. It just doesn’t read well.’

The Pseudoscience of Victim Blaming: You’re Not Healthy Enough, AKA The Mike Adams