Suspension of Disbelief: The Amazing Spider-Man

Some may say that this movie is coming a little too soon considering Sam Raimi’s Spider-Man trilogy is still basically fresh in its grave. I however, would not, and as much as I would like to say that such an opinion was not affected by the god-awful Spider-Man 3… it was, that movie was almost as horrible as Superman Returns. It would be unfair however, to judge this movie against the Raimi trilogy, especially SM3, considering 1 and 2 were fantastic, however, it’s hard to turn off that switch, especially when this movie stands out so much on its own. Okay ladies and gentlemen, prepare your web shooters and make sure that costume isn’t chafing you in your special place, because I’m about to talk Spider-Man. This might get a little sticky.

At first glance the social network’s Andrew Garfield may seem like a strange choice to play Peter Parker, but the star of The Social Network is a mighty fine actor, and actually somewhat closely resembles the Peter Parker I grew up with (from Ultimate Spider-Man) who unfortunately died recently, paving the way for the first black/hispanic Spider-man, which, if you’re going to die, is a pretty good legacy to leave behind. You might also recognize Gwen Stacy as Emma Stone from Superbad and Dr. Curt Connors/The Lizard as Rhys Ifans, the welsh super-actor. Why am I bothering to list the big players in this story? Because they all blew me away, in particular Garfield, who along with Martin Sheen as the doomed Ben Parker managed to make me cry so hard you would have thought I was watching The Lion King, or Up for that matter. 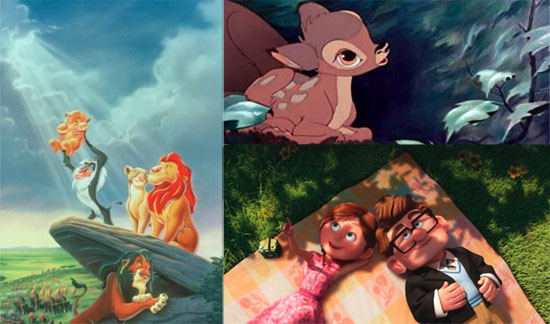 One of the things I really loved about the movie was the emphasis on the science-geek sides of the characters, something that the Raimi trilogy didn’t allude to as much as it should have. Gwen Stacy works as Curt Connors’ lab assistant, Peter Parker designed his web-shooters from very basic notes from the Oscorp website and manages to crack a formula that had Connors, the professional scientist, stumped.

The web shooters, I think, do hold a significance, they represent both the mind behind the mask and the donning of the Spider-Man persona, as well as avoiding the whole ‘shouldn’t the webs come out of his ass?” dilemma. Which, unfortunately, made Toby Maguire’s performance in the Raimi trilogy just that little bit sillier.

Another thing the film did right was avoiding the easy way out. This was no SM1 reboot, this was its own movie, which, to me at least, resembled the Ultimate Spider-Man comics more than any of the previous movies or other comic series. Peter Parker is searching for answers about why his parents disappeared, triggering his discovery of Connors – Richard Parker’s long time colleague, and this leads him to make some of the same mistakes in different ways. However, this is not so much an origin story as it is the first part in what appears to be a saga about Parker discovering who he is, with his responsibilities as Spider-Man and the dangers that such power brings to his loved ones serving as catalysts to that journey. This also allows them to refrain from using the ‘with great power, comes great responsibility’ line. Some issues were left unresolved, and though I won’t go in to them for fear of spoiling you all, this really made the film work. It was self-enclosed but also left the door open for the sequels that I’m currently craving. Peter Parker is much more relatable under Garfield’s talent, and his story is treated with much more respect; the story being more about Spider-Man the character, rather than Spider-Man the idea, if that makes sense.

There was a sprinkling of cheese, but just the right amount, like the portion you might put on a garlic bread or a ciabatta, if you’ll pardon that awful metaphor; but the only thing that I was a little disappointed in was that despite setting up Gwen Stacy to place the straw that breaks the camels back she was put to the side at the last minute. And even then, once the events that transpired, well, transpired, it became clear why that had to take place.

Apologies for being a little vague but I’m trying really hard not to gush.

Everyone who worked on this movie, I salute you. This, and The Avengers has rekindled my faith in Marvel movies that had previously only stayed alight for the X-men series.

Suspension of Disbelief: Man of Steel