For those of you interested in the current feud that’s been erupting like a vitriolic volcano within the atheist/skeptic circles recently, you won’t be surprised to hear that the hatred has yet to die down and allow a new island to grow in its place. No, the people ironically brandishing the freethought bullies hashtag have been very busy bullying those who would dare stand up for women. Thanks to their apparently endless efforts Jen McCreight has now taken an indefinite hiatus from her blog: Blag Hag.

If you don’t know Jen for her blog (as you might have guessed from the #FTBullies meme it’s hosted on Freethought Blogs) you may remember her for ‘Boobquake’; a ‘humorous exercise in scientific and skeptical thinking’ that poked endless fun at the idea put forward by an Iranian Islamic prayer leader that women in provocative clothing were the cause of a then-recent series of earthquake. The event was once criticized by those who thought it objectified women; ironically, the rising seas of internet users with torches and pitchforks are now attempting to paint her as a ‘feminazi’ and much, much worse besides.

There comes a point surely, where some of these people must realise that despite their twisted use of semantics what they are essentially doing is bullying people into silence. People who happen to be great activists and bloggers. When the time comes for them to look in the mirror and realise that they are what they are apparently standing against (and I hope that day does come because ignorance is far from bliss), will they see the parallels, or will they compartmentalize it like a paranormal belief and go on calling those who don’t agree with them bad skeptics? 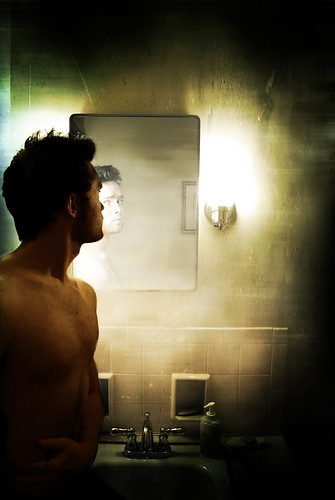 We don’t have to tolerate this, we don’t have to ignore the people throwing out hate, we don’t have to leave the trolls unfed. We all have the power to speak out, whether in our own blogs, in comments, social media, or any venue that allows for open discussion. And when it comes to this senseless bullying the voices that are heard disproportionately are the trolls, because they come to these sites with the  specific goal in mind of letting these reasonable people know that they hate them. A voice unheard allows for misrepresentation of the amount of haters in an audience. If more of us speak up we can represent the real figures better, we can let writers and other activists know that we are standing by them, that there are more of us than there are of them, and that the trolls are a vocal minority rather than the majority they pretend to be part of by being the ones shouting the loudest.

Jen McCreight is a brilliant writer who always has great insight, and we shouldn’t let the bullies grow to such strengths that they can tire people like her out. We need voices like Jen, and the more we have the better. If we let these people know we’re not going to take their shit perhaps they might realise, perhaps there’s just a teeny-tiny chance that they might work out that they are the ones being unreasonable.

People have been known to distance themselves from people based on open misogyny. Thunderf00t was once one of the foremost voices in atheism on Youtube. These days he’s preaching to a choir of a reduced audience that somehow managed to make it through all of his ridiculous rants with some remnant of respect for a man who compared having harassment policies to suppressing his ability to bite people’s legs. I’m serious, look it up.

Also, people can change, I know I have over the years. When presented with reasonable arguments, a fair number of people do change their minds. Just because the loudest people on a forum might be responding to your well thought out rebuttal with a rape threat doesn’t mean that there aren’t another thirty people actually listening to what you’re saying and recognizing the logic that ties your ideas together. Just as people convert from believers into skeptics on occasion there are people that appear misogynistic because they just don’t have enough information to realise that they’re wrong (as crazy as it might sound). People can do a complete 180 and some have admitted to in various venues, such as on the main Skepchick site. People can learn, and people do.

By putting yourself forward and standing by these figureheads, we’re not just stepping up to feed the trolls, we’re letting people know that we’re on their side, we’re giving a platform for those to learn who want to, and we’re presenting ourselves as barriers to ignorance in flavors that those who otherwise consider themselves well-informed are… well… ignorant of.

How Things Don’t Work: Dancing for a Cause Edition

The Not So Beautiful Game, Step 11 and Last: In Which Our Narrator Dispenses Parting Cliches

Depending on What you Mean by Love