Back in April, I criticized a video series titled ‘Spirit Science’ that defied the nomenclature it had adopted by denying scientific practices and continues to this day trying to convince its viewers that they can manipulate reality through their thoughts through wordplay that bastardizes scientific concepts and squashes them  in a ball of wishful thinking and new age motifs until it looks as if we are all Keanu Reeves, wandering the Matrix unaware that we can change the world on a whim. Let’s take another look at Spirit Science, shall we?

Like an unfortunately large number of these new age belief systems, Spirit Sciences teaches those who take its word without considering the self-contradicting nature of it all that the bad things that happen in our lives are our own faults, and that we could get over them if only we would try hard enough. 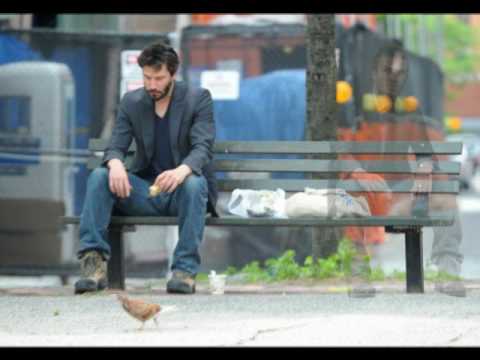 Of course, this is only part of the mish mash of beliefs that the video series summarizes but it’s arguably the most egregious, and since I ended on this note last time it’s only fitting that I start at this depressing piece of facepalm-inducing mantra. To deny that sadness can come from outside influences is to blame the victims of abuse for their trauma. Plain and simple. I received feedback on my last post from someone who has thankfully recovered from their years of abuse that put the feelings of sadness and hurt down to a malfunction in their heart chakra, and while this belief was compatible with this person (a person that I have respect for and am only using as an example out of fascination), there are many people who do not recover from their abuse and who spend the rest of their lives trying to process that trauma. To tell these people that it was their decision to stay sad and not to recover baffles so much that its falsehoods need no explanations.

We all want to feel like we have enough power to achieve our goals and more, but we have to accept that we are not gods, far from it. The notion too, that we create our own realities falls at the first hurdle when it comes to disease and aging. We all succumb eventually, and with people who die young, you would be hard pressed to prove that in these cases all of these people no longer wished to live. This also calls into question infant deaths. When you are too young to understand the world around you are you old enough to wish death upon yourself? I doubt it.

According to Spirit Science, ‘the energy making up the waves and particles of your physical reality rearrange themselves to match your dominant thoughts’. To determine that this is true requires a massive amount of confirmation bias. How many times do your thoughts not manifest in a reality? How many of your desires have not come true? Unfortunately, we don’t always get what we want, and that’s okay. That’s a major part of what this philosophy takes away, the understanding that it’s okay to make mistakes, that bad things happen to all of us due to circumstances beyond our control, that the world is not under our control. With these ideas in mind, there is no room for error besides personal error, and that, again, places the blame on victims by default.

The fabric of the universe is not a canvas that we can paint onto, it’s governed by some pretty fundamental laws that prevent us from molding it to our will in a hundred different ways, and for something that has ‘science’ in its name, Spirit Science avoids any scientific discoveries that disagree with its ideas, despite marrying together concepts that also clash against each other. Science has discovered a lot since its methods began to be used to discover how the universe works, and it is science, with its insistence on evidence and reliability, that has discovered more about the nature of our universe than all alternative ways of judging the universe combined. The idea that it needs replacing with ideas that are fundamentally contradictory and aggressive towards those who are most vulnerable is fundamentally wrong.

Even if we accept their philosophies however (despite their fundamental flaws), Spirit Science claims that these philosophies allow the possibilities of long-disproved phenomena such as alchemy and astral projection. The first was a field of study that came to nothing and the second can be explained purely by psychological phenomena. The acceptance of these ideas without testing or taking what science already knows about the phenomena into account demonstrates how unlike a science Spirit Science is. The word science seems to only have been used to give the ideas behind the series more credence than they are worth. The series collects a series of beliefs deemed ‘spiritual’ and joins the dots where it likes without considering alternative explanations or even the incompatibility of its ideas both with each other and the world all around us.

After eight months of back and forth on this topic, I remain as unconvinced as I was when I first looked into this series. Those who believe it, feel free to, but try to keep in mind the flaws in this ideology, and if you are suffering, please seek help rather than blaming yourself. There are people out there dedicated to helping people like you and you would be doing a disservice to yourself to become your own scapegoat.