In the last post on this topic I covered three characters from the ‘Song of Ice & Fire’ series of books by George R. R. Martin (popularized by the brilliant Game of Thrones on HBO) and how their character arcs and personalities were affected by the patriarchy present in their fictional world (as well as its reflections on our own). This time I’ll focus on some of the more glaring effects in the series, in the form of three of the main characters that readers will have been seeing through the eyes of since book one. Let’s cross the narrow sea and see what we find. Beware Of The Spoilers

This post was largely made because of a request for another tackling of these characters. If you do want more of these however, I will tackle more examples, because this is by no means the end of the patriarchy’s influence on the characters of the books, they are, after all, influenced by their society just as we are.

If you’ve listened to as many interviews with George R. R. Martin as I have, you’ll have probably caught him talking about his response to people who praise his ability to write female characters; that he writes them the same as he would if they were male characters.

Males and females are both humans (which may come as a shock to some MRAs). The differences imposed on the female gender are societal and the characters in these novels, as in real life, sometimes accept the way society defines them, sometimes reject them wholeheartedly and sometimes find a manageable ground somewhere in between. The Stark girls represent mirror images of each other in terms of this, and completely reject the way of life the other chooses, even though they grew up with the same society peering down on them and the same parents to bring them up. 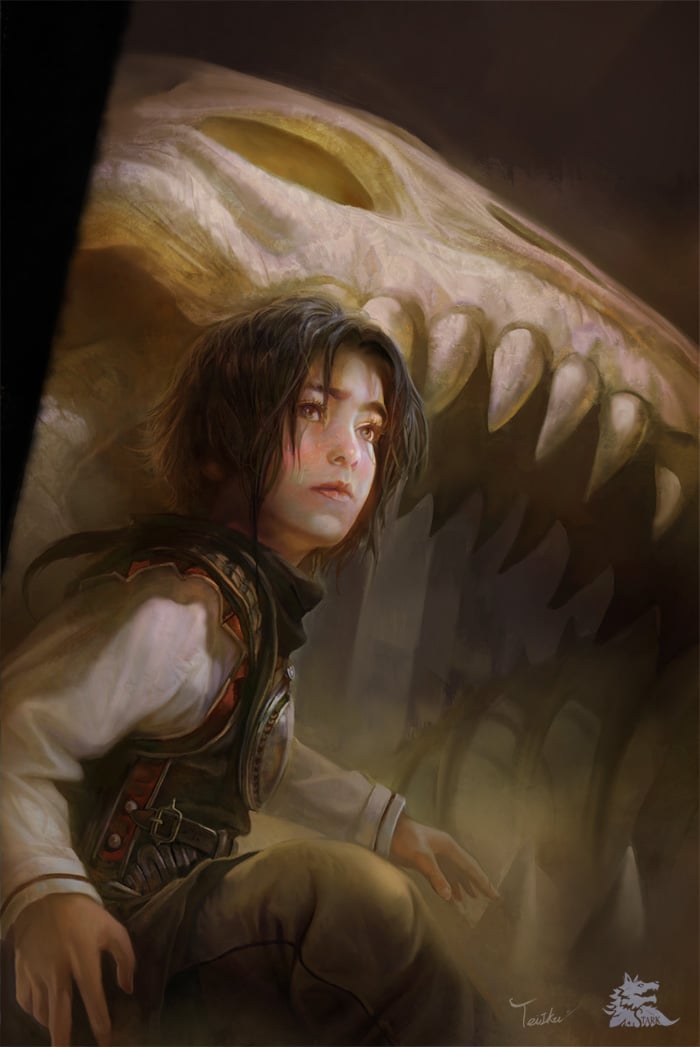 I will not hesitate to say that Arya is probably my favorite character in the entire series (besides maybe Jon), so forgive me if my bias shines through here. She grew up taking lessons to train her as a noble lady with her sister Sansa, such as embroidery, but never quite saw the joy in that that her sister did. She was more fascinated in the famous warrior women of Westerosi legend than finding a husband, so much that her father opted to find her a swordsman to train her once he realized how utterly she rejected the place society had laid out for her as a noble lady, bearing children for a husband that would be doing the fighting that she wished to do herself. In this case, she saw the gender roles enforced by her world’s patriarchy and decided they weren’t for her, quite rightly believing that she was as capable as a man at being a warrior. It’s easy to apply the term ‘tomboy’ to someone like Arya, but this word has an odd connotation in that it implies something is borrowed from a male to develop that personality type. What Arya and other characters in the series is that choosing a lifestyle that society deems as a male attitude does not make someone any less of a woman, and that is something we can carry over into real life. To judge people by society’s definitions of what they should be is absurd when they can live by the sword and at the same time fight to keep their female identity as they are dragged Northwards towards the wall. 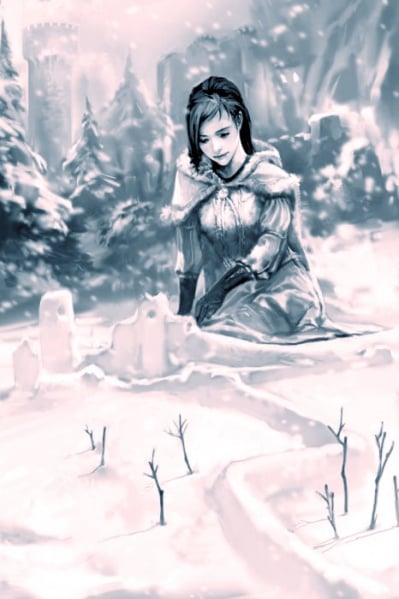 In stark contrast (no pun intended) is Arya’s sister. From the start of the series it is clear that she is very comfortable with the place society has laid out for her, and to ignore this is to miss another important point. There are (unfortunately) some people who still think that doing things the patriarchy has deemed ‘girly’ is anti-feminist, and this takes away choices from the people involved. Women have the right to do and act in any manner they choose within the law, and what needs changing is the label associating it with females as a whole.

While she fits in with the patriarchy’s definition of her place however, she realizes quickly that the life that she chose has limited her options drastically. When she is engaged to Prince Joffrey she has no power to back out of the agreement, even after her betrothed has chopped her father’s head off and promised to murder her brother. Stuck in a situation that had been nothing like she had imaged, she learns to put on a disguise of her own, one that keeps her safe until she can leave the Red Keep, one that works more like ‘keep calm and carry on’ rather than ‘stick ’em with the pointy end’.

Rather than the tales that enticed Arya, Sansa was fascinated by the traditional stories of knights saving princesses in the same way that many females are encouraged to in our world, and it is a terrible turn of events for her when she realizes that the world is not as innocent as the stories would have had her believe. Though her dreams were effectively crushed, she still lives her life in a different flavor than Arya, although it is no less dangerous. She knows people, she is understanding, she is careful, and she knows that there is no Prince Charming. 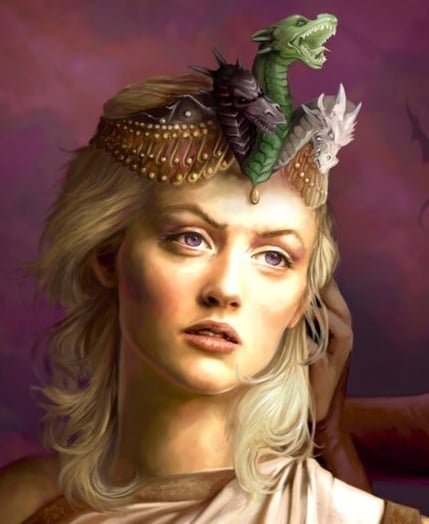 Daenerys is a very different character in terms of this set of three. She spent her life in hiding before the events of the first book took place, and when she was sold to her soon-to-be husband who appeared to be the Westerosi Genghis Khan she reacted as neither Arya nor Sansa would. She did not run but she did not want to marry him. She was scared of him. Dany grew up in the shadow of her brother Viserys, the self-proclaimed rightful King of Westeros, who blamed her being born too late on the lack of their kin in the world (for she would have been a suitable wife for their brother, I’ll just let you finish shuddering for a second before I continue). He was abusive and angry and in the end appeared to see her as nothing more than a tool to get his own army. She was repressed by a patriarchy of one, and until she became involved in the culture of the Dothraki, she suffered for that every day.

She rose in confidence and character as she got to know her husband and his culture, and eventually she grew enough confidence to let her brother know that she didn’t need him, and after his death she began her quest to liberate others as she had done to herself. She fought against the patriarchy of her husband’s tribe to stop the rape of women and to free the slaves, and despite their refusal to join her she led her own tribe, liberating slaves across the east and establishing herself from the ground up as a ruler in her own right. Despite her royal heritage, Dany rose from rock bottom to royalty by her own means and through her own strengths, and even used others’ perceptions of what women should be against them.

Daenerys has fought against outside perception of what she should be arguably more than any other character in the series, first gaining independence from her brother, then from the strict rules for women in Dothraki society, then establishing herself as a Queen of free people across eastern cities. She could be perceived as a symbol that it’s worth the fight to act upon what you believe is right and her very existence as a Queen goes against the patriarchy of her world.