Unless you’ve been living under a rock for the past year you will have noticed that Peter Jackson has released the first of his three Hobbit moves: ‘An Unexpected Journey’, which tells the tale that spawned the world of middle earth and a big surge of fandom that inspired generations of fantasy writers and nerds alike. There’s one thing that gets a lot of complaints about these books however, and that’s the ridiculously convenient nature of the giant eagles (you may remember them for rescuing Frodo and Sam from the erupting Mount Doom in ‘Lord of the Rings: The Return of the King’) , and I’m going to talk about if it’s possible that birds of their size could exist, and whether they could, on a physiological level, make the same long journeys with our favorite characters in tow as they do in the books and movies.

Weight is a pretty obvious limiting factor for bird flight. Some flightless birds, such as the ostrich, even with a much larger wingspan would have difficulty taking off due to its immense weight. Another example, the swan, is one of the heaviest birds that can still fly, and it can only manage this from within the water, from which it takes a ‘run up’ by paddling quickly across the water until it has gained enough speed to lift itself from the ground, even still it is considered by many to be at the upper limit of how heavy birds can be while retaining the ability to fly.

This is not to say birds cannot be large however, in fact having a larger wingspan is very helpful for birds that stay in the air for long flights across large distances, such as the albatross, and for staying airborne for a long time, like varieties of vulture that take advantage of vertical air currents (thermals) to stay very high up with little effort. Wingspan can only make up for a certain weight however, and even animals with wingspans as large as the condors have to be relatively light, something that comes relatively easily to birds thanks to hollow bones acquired from their dinosaur ancestors.

About the closest thing we’ve seen to the giant eagles of Tolkien’s design in nature is the now-extinct Argentavis magnificens, which would have had a wingspan of about 7 meters (23 feet) which is almost twice as long as that of the albatross, and one that would have granted it excellent gliding capabilities such as the aforementioned vultures riding on thermals – allowing it to gain a lot of height with very little effort due to the ability of its huge wings to take advantage of the wind. There is speculation however, that it would have had trouble taking off due to its immense size, and that certainly would be where most of its energy expenditure would fall, although by doing a run-up similar to a swan’s (by running downhill for example) the energy costs of forcing that much weight into the air could be lessened.

A closer example in terms of size however, is found in another branch of extinct reptiles. Tolkien’s eagles (according to Wikipedia, at least) had a wingspan of 55 meters (180 feet) at their largest. A creature that reaches very slightly closer to this number boasted somewhere between 10-11 meters and was named Quetzalcoatlus. This Pterosaur and similar creatures have been the center of some debates about whether flight was even possible at such sizes (similar to the height of giraffes), however, these birds were very light, their sizes considered, possibly light enough to allow them to take off in the way albatrosses do and as suggested for our monster of a bird earlier, by running downhill to gain speed, working hard to get airborne and riding thermals. However, even then we are getting to the limits of how large an animal can be while still flying, and if we were to stretch this creature out to the size of Tolkien’s eagles, to maintain a weight/wingspan balance that would allow it to fly and be able to take off, it would be gaunt to say the least, and if we’re talking 55 meters, it doesn’t really look possible at all. 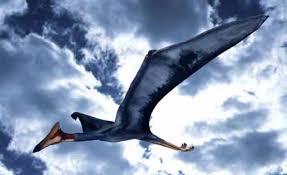 So, as unlikely as we’re already seeing these creatures to be in a world without magic, when we take into account the extra baggage of carrying hobbits, wizards, dwarves, elves, men (all of whom are not, apparently, designed for flight) the cost of flying goes up. This isn’t the main problem however, and once these large creatures are airborne most of the work is already done. However, these birds aren’t having these humanoids placed gently onto them; they have to go pick them up, which might complicate things a little.

So, as much as I like the idea of mahoosive eagles and as much as I try to explain away the fact that they couldn’t just fly everyone to Mount Doom from the start by assuming they have to wait months between flights, just to make it make sense in my own head, there isn’t much hope that we’ll be seeing birds with 55 meter wingspans any time in the future. Sorry, fangirls/fanboys.

In Defence of Statutory "Rape"

Science Sunday: The Diversity of Flight