Welcome to cryptophile, the series in which I discuss fantastical creatures and the biological mechanisms that might or might not make them plausible. Today we’re going to tackle werewolves, a group of extremely sexy men that fall in love with babies at first sight. Or, if you’re not reading Twilight, humans that turn into wolf-like creatures, usually large and bipedal, and usually at the full moon.

Now, the legends about werewolves are a bit of a mixed bag. Is the transformation a metamorphosis? Is it a curse? Is it merely the connection to a wolf, like a witch’s familiar? It depends what your sources are. The werewolves we are familiar with date back to around the middle ages, and spread to America with the famous witch trials. I think we can pretty confidently assert that, with the medical knowledge we have, humans don’t turn into wolf-like creatures, at least no more wolf-like than we already are, being mammals and all. However, the idea of werewolves does conjure up a few interesting biological concepts, particularly phenomena common in invertebrates. So, what are these phenomena, and could they occur in humans?

Transforming at the full moon is a tall order right off the bat. A transformation that quick would be very difficult to pull off and be energy intensive besides, but that might be the most implausible part of that concept. Animals do react to the moon. Some insects, for example, moths, can use the moon to navigate their surroundings. Their angle to the moon’s bright light can tell them which direction they’re going in, which is important, of course, for feeding and breeding, which is what animals do best, even Jacob Black.  In fact, this might even be why moths appear to be attracted to artificial lights. By trying to navigate by light sources they are not adapted to recognise, they may mistake the light for that of the moon, and move accordingly, confusing them and leading them to be drawn in rather than moving in their intended direction. So the moon, or at least its light can inform some biological functions. However, coming out almost every night would make the moon a terrible thing to base when to change form upon, unless werewolves were descended from polar creatures, where winter is but a long night, and summer the opposite. In that way, if you really stretch out this speculation, the moon in the night sky could act as a signal of the end of summer and thus the end of the feeding season. Coincidentally, many insects pupate over the winter, due to poor food availability, so this would not be the worst time to decide to metamorphose. But would large vertebrates like werewolves appear to be be capable of that kind of transformation?

Everyone and their mother has heard of metamorphosis, right? This is the process famously demonstrated by the order Lepidoptera, a large group of insects that includes butterflies and moths. In these, and many other insects, larvae, from caterpillars to maggots, go through several life-stages, or ‘instars’, growing larger and larger, until they are big enough to develop into their adult, sexual forms. The larvae, like human children, are not yet fertile, and the adults, usually winged, generally are. The final instar larvae need to be large enough to survive their non-feeding stages. This can be limited to their pupation, from which they emerge as winged adults, or, in some insects, such as mayflies, their adult life. Mayflies do not live long as adults, however, this short life as winged insects is long enough for many of them to breed, and thus leave offspring to repeat their process of long childhood and short, sex-fuelled adulthood. I mean, werewolves are sexy now right? I needed to work that into this example somewhere.

metamorphosis is not exclusive to invertebrates, getting back on topic. Amphibians go through this. For example, tadpoles to frogs. These do not require pupation and instead the adult features grow in over time in several stages. However, this subtle transformation would not work well to explain werewolves, who are only visible as a human stage and then a werewolf stage. Unless you count teen wolf.

Typically werewolves do not go through pupation. However, in some examples it could just be that the point of view character (in literature) or the camera, doesn’t see this. Personally, the fact that metamorphosis is a thing actually makes werewolves one of the most plausible fantasy creatures out there. However, werewolves, to exist at this stage, would have to have evolved separately from humans. Most humans reach adulthood fertile, and do not require a dormant stage to develop the features required for reproduction.

Now, if werewolves evolved separately from humans, as a vertebrate that goes through metamorphosis, how would they appear human? Humans, crudely speaking, have a flattened version of a typical primate face, with adaptations for bipedality and relative hairlessness. And though as a whole, converging on a pre-adult form that looks very human is unlikely, both biological mimicry and convergent evolution have resulted in very similar looking creatures in the past. A hoverfly, for an example, shares the coloration of a stinging wasp: black and yellow stripes. The process by which it attained this pattern, Batesian mimicry, is an adaptation in which an animal mimics another animal that is avoided by predators, usually because it can cause them harm or because of chemicals it produces that might, for example, make it taste terrible. Now, a hoverfly may look less like a wasp than a human looks like a werewolf, but there are more convincing mimics in the animal kingdom. For example, the hummingbird hawk-moth, which feeds on nectar like the hummingbird, could be mistaken for the bird on a first glance, and perhaps even a second and a third. However, it gained these traits not through mimicry, but through convergent evolution. In the same way that bats, birds and pterosaurs are all vertebrate groups that evolved wings to fill in the same ecological niche (feeding on aerial and high up insects, breeding in places predators cannot reach, and several other factors), so the hummingbird hawk-moth fills in the same role in the Americas as hummingbirds do in Eurasia and North Africa. Now, humanity’s ecological niche would be hard to define, because we’ve expanded it so much, and likely a creature, even a vertebrate, would not need to look like humans to fill it. Perhaps mimicry would then be a simpler way of achieving a human-like appearance, perhaps for predatory reasons. Would you be more likely to follow a giant wolf back home, or a human? As much as it is a stupid question, it is probably the closest I can come to speculating on how werewolves could come about, bound by evolutionary laws. The rest, well, is unclear. 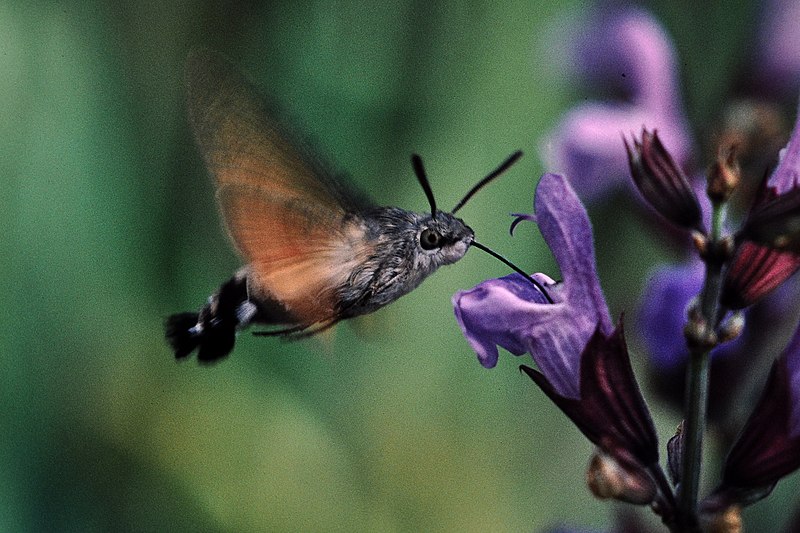 What is clear is that it would be extremely difficult to transform back and forth between wolf and human form, as werewolves typically do. The energy cost would just be too great. Evolution almost always cuts back on excessive use of energy, as using it up quickly can lead to starvation, or fatigue, which can leave animals vulnerable to predation.

So, werewolves. Not completely crazy. Well, mostly crazy. There are certainly more things going for them than gryphons, and thus, I fear we must venture once more into the obscure next time. See you then.

Reality Checks: Ebola in the USA, Hobby Lobby Aftermath, Bats, and an Interview with Eula Biss