Welcome to cryptophile, the series in which I discuss fantastical creatures and the biological mechanisms that might or might not make them plausible. In my always-timely fashion it’s only been over three months since my last post. Evidently being unemployed does not necessarily mean you have time on your hands. But I digress. I’m here to talk hobbits.

Now what you think of when I mention hobbits might depend on how familiar you are with human evolution, and how much the cultural consciousness has tried to erase the recent hobbit movies from our memory. (For the record anyone who thinks they’re as bad as the Star Wars prequels is objectively wrong, but they’re certainly nowhere near the level of Lord of the Rings.) As usual in this series, I’m talking about both the fantastical creature and its real-life parallels, that is, Bilbo Baggins, and Homo floresiensis.

While the name ‘hobbit’ is a nice nickname for our short-statured relatives, found on the island of Flores in Indonesia, they’re not directly related. For one thing, Elijah Wood and Martin Freeman don’t lack for chins, whereas it seems that H. floresiensis may have done. (I feel for them, I don’t have a chin either.) That and there’s no evidence for the distinctive Middle Earth hobbit feature of feet so hairy you don’t need shoes in our smaller cousins.

However, the question that connects them here more than any other, is the question of why these species are smaller than their relatives, whether in Middle Earth, or the Earth that we know and love. 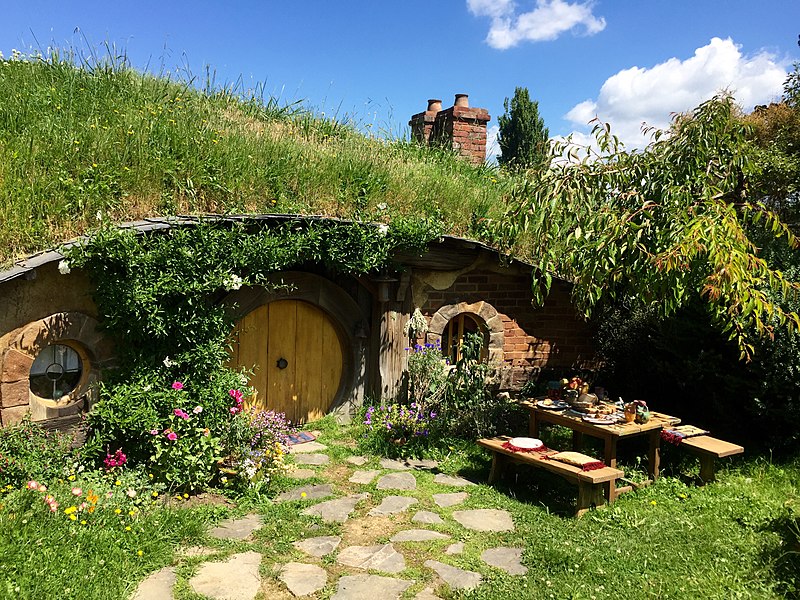 That question leads us nicely into the concept of island dwarfism. Island dwarfism is actually a kind of subtheory of the island rule, where animals on isolated islands, often cut off from parens populations on a nearby mainland (eg. Sicily with Italy being the mainland), tend to change in size over the generations, with smaller animals becoming larger, and larger animals becoming smaller. Much of this change in size appears to be related to the change in the availability of food when isolated on an island, and in some cases, perhaps a response to being cut off from natural predators. Many of the reptiles in the galapagos for example, like the giant tortoises and marine iguanas may have thrived and managed to explore different lifestyles throughout their evolution due to a lack of predators. A nice and perhaps clearer example of this is the giant dormice and dwarf elephants of the mediterranean islands, such as Malta and Sicily. These animals lived way back when ice ages were a regular (at least evolutionarily speaking) occurrence.

Some have also speculated that H. floresiensis might not be a separate species from Homo sapiens (us) at all, and that they’re remains are actually the remains of humans that suffered from developmental disorders. However, recent evidence seems to be leaning away from that hypothesis, so I’ll leave that alone for now and get back to the island effect.

This effect need not actually happen on an island. In an area isolated geographically, with limited food and/or a lack of predators, this could happen regardless of how close the animals changing size might be to the sea. Given that the shire isn’t an island off the coast of Middle Earth, it’s possible it was once isolated from the rest of the mainland (or perhaps in the distant past was isolated by water, and the sea later retreated). Tolkien’s hobbits, if they evolved through this method, could also have evolved in an isolated area and moved to their new home in the West of Middle Earth, where they ate the same diet and, perhaps, stayed the same size. This would assume that there was no evolutionary benefit to increased size for hobbits, but this is Middle Earth, so, what do we know?

As I mentioned earlier, H. floresiensis remains have only been found on the island of Flores, so island dwarfism as an explanation for their size, compared to us, is at least plausible. The fact that dwarf elephant remains have also been found on the island supports this theory. However it’s also possible that these little humans were already small before they got to Flores.

I should mention, before I close, that it’s very possible that in Middle Earth, the hobbits are actually the normal size for their kind, and that their relatives are all freakish giants in comparison, probably eating way more than they need to to survive. Having not read the Silmarillion however, I’ll leave that stuff alone.

In fact, the definitive origin of hobbits almost definitely does not lie in evolutionary biology, so I, and all of you, should go read the Silmarillion. I’ll wait, I mean, I’ll be reading. (I’m not going to read it.) Still, I find this stuff far too fun to talk about not to ignore the fact that there’s a whole Middle Earth origin story out there. Biology’s pretty cool, Tolkien, I’m sure you’d understand.

That’s it for this one. Try not to get stuck on an island with no food, even if the elephants might be adorable there. It’s not good for your health.